Law Enforcement Torch Run is the largest grassroots fundraiser and public awareness vehicle for Special Olympics in the world. More than 85,000 law enforcement officers from thousands of agencies have aligned themselves with the LETR mission. To date, the total funds raised since the Torch Run’s inception in 1981 exceeds $400 million USD, breaking records in 2012, raising $46 million in a single year.

In Alberta, Law Enforcement Torch Run has been active since the late 1980s. Over 250 Law Enforcement Officers participate the LETR initiatives across the province. In recent years, LETR Alberta has successfully raised more than $400,000 annually for Special Olympics, shattering fundraising records in 2017 by raising over $620,000.

The Law Enforcement Torch Run for Special Olympics Alberta program is represented by Law Enforcement members from 20 different agencies. Recently, the LETR mission has been adopted by a number of first responder groups including Emergency Medical Responders and Firefighters who participate to increase the community impact of these events across the region. 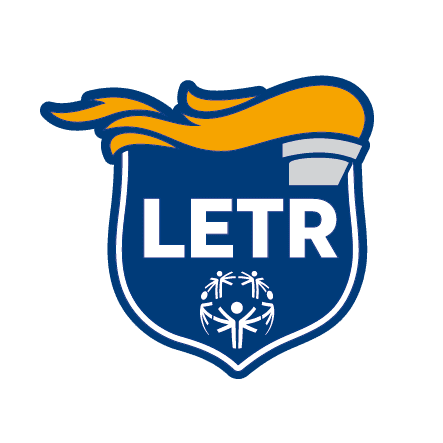 What started in Wichita, Kansas in 1981 as a flicker of hope for Special Olympics has now become a roaring flame of stability for Special Olympics athletes worldwide as a result of the vision of a young police chief. Shortly after Chief Richard LaMunyon made the decision to support Special Olympics within his community, he began to understand that training and competition taught individuals to focus on their ability, rather than their disability. Experiencing firsthand that the lessons learned by the Special Olympics Athletes through sport helped them thrive both in sport as well as in their daily lives.

Inspired by the power and impact of Special Olympics, he proposed that police officers participate in a Torch Run in support of Special Olympics to raise funds from fellow officers, individuals in the community as well as local businesses and corporations. Through this event, the torch has become a “Flame of Hope” symbolizing courage and the power of diversity, the men and women who carry it have become the “Guardians of the Flame”.

The mission of Special Olympics Alberta is to enrich the lives of Albertans with intellectual disabilities through sport.

Responsible for our own decisions and actions

Being honest and ethical, doing the right thing

Treat others as we want to be treated